I love to experiments with food. Here is one of my successful experiments, which turn out to be tasty as well as healthy. 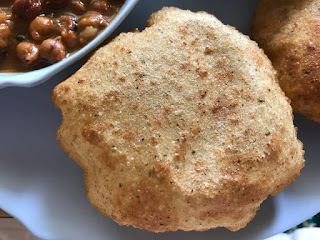 For making moringa puri we need moringa powdered made from dried moringa leaves. You can purchase it from the market or from me. :) Moringa is rich in Calcium and Iron. It helps in removing malnourishment in children and helps in relieving joint pain in elders.

In search of Miswak 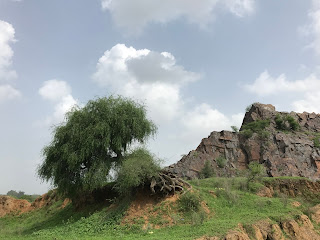 Meswak, a medicinal tree is disappearing fast from Haryana because of industrialisation and its medicinal value. Its roots are used as local toothbrush or are used in industries for making toothpastes. Its twisted barks are the homes of many poisonous animals like gauhwera (poisonous lizard), snakes and goha, a huge lizard. Even biju (honey bedger) loves to live in them. Therefore, people in fear chopped this tree mercilessly. I want to plant this tree in my garden as most of the birds love to eat its berries. They are delicious and are available in attractive colours like pink, white, red and purple. 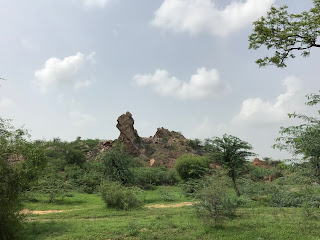 I searched various nurseries for this tree. And Alas! Most of them had never heard of such a tree though it is native tree of this region. Surprisingly I tried near about 100 nurseries both private as well as officially hold by government. I hunt for it not only in Haryana but also across the length and breadth of the country. I explored Google for it but all in vain. As this tree grows well by its seed dispersed by birds or by humans. There is no tree near my garden therefore, this method was not feasible. 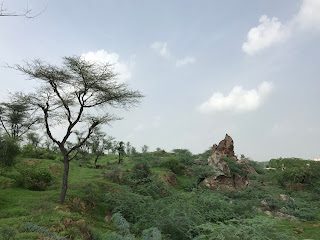 When I told my mother about my problem that I was not able to find nursery of Meswak tree. She asked about its local name. I told her it is also known as Peel, Pelu or Jaal and its botanical name is Salvadora persica. She recalled that when we used to travel by rail about 30 years back from Hisar to Rewari then on Jatusana railway station that fruits used to be sold by local vendons in leaf donas. She suggested that there must be a forest of this tree near that railway station and you might find some trees there but preferably go there in monsoon season as baby plants will be easily visible. 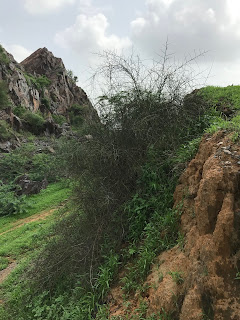 Following her guidance, today I went to Jatusana and found some trees growing here and there. Baby trees were not much there. But found a few. I noticed some kikar trees, teent bushes and monsoon mushrooms. 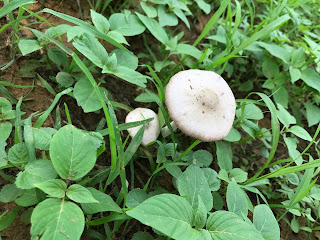 The scenic beauty was awesome. Gigantic rocks were standing in pride ready to tolerate the simmering heat of sun and waiting patiently to gently kiss the clouds. It was mesmerising to watch nature’s creation. Although rocks were cut in different shapes and sizes even then they were holding oneness and unity. It was peaceful and calm view. 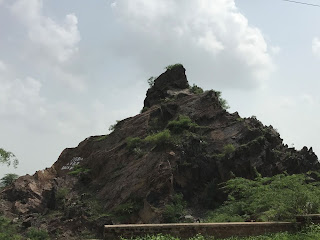 While returning home, I saw many purple moorhens feeding in a paddy field. A day spent well! A fruitful day!! :) 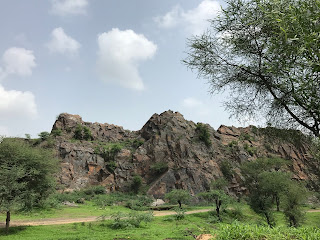 “Please have some water.” A bureaucrat asked me.


“In hot summers like this, we should drink more water as we perspire a lot.” He gave a philosophical dose to me. And signalled me to drink some water.