Burning of negative tendencies of my mind 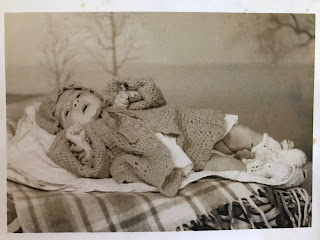 “Oh! God, she did it again!” My mother uttered with a bit of anger and surprise in her voice. I was an infant and was suffering from diarrhea. She lifted me up from the bed, took me to the toilet, cleaned me; put me back on the other side of the bed. Since morning, this happened for the sixth time. She was damn tired. “You have not only spoiled your clothes but bed sheet as well.” She screamed on her little self or rather on herself. She lifted the bed sheet for cleaning. She was shocked to saw a huge centipede exactly on the same spot where I was laying few moments before. Consequently, she was not only scared but astonished as well that afterwards she started considering me ‘divine’.

On returning from school, I proudly told my mother that I had dropped a nuclear bomb on a classmate who spoke harsh words to me. She tried to kill the baby demon in me who had just started raising its head, “Do not abuse. If anybody said such wrong words to you, then you do not react to them which means they are still with that person but if you respond to them, it means that you have accepted them like a gift. Therefore, just ignore.” I tried to prove my point, “She is not a good girl and speak ill words all the time. Her siblings, cousins and all her friends are like her.” She was firm on destroying Rakshasa. She soothingly explained, “Live like a lotus flower which grows in muddy water but rise above it to bloom.”

“They will be finished.” I told my mother after returning from a relative’s house. The Rakshasa had grown bigger in me and was smiling frenziedly. She shivered like a dry leaf. She had a firm believe by that time that I had a vaak sidhi. She remained in shock for a few seconds, gathered courage to speak and advised not to utter such words. I was in college at that time.

After hearing groundless accusations time and again, I said, “You will never be able to become mother.” Inside me, the giant Rakshasa was laughing hysterically. When Ma came to know about this incidence, she again instructed me not to say anything pessimistic and to kill the demon right here and right now. Nevertheless, I failed.

When I met Om Swamiji for the first time, I had a very strong desire to be free from these negative bondages and tendencies of my mind, theoretical I knew how it could be done but practically I was failing repeatedly. By His mere glance, the negative tendencies of my mind started burning. Suffocating demon inside me was dying a slow death. And I was feeling light, as light as a cotton ball!

Because of His Grace, I again became a divine baby in my mother’s eyes. :)