From Fussy to Unfussy About Food 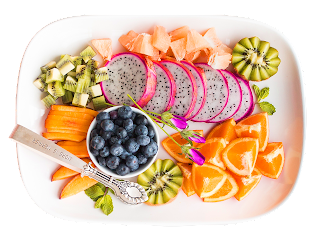 “Nani ji, I am feeling hungry.” I told my maternal grandmother when I was near about nine years old.

“You can eat hot chapattis with freshly prepared dal. See your younger brother is having his meal.” She suggested.

I peeped into his plate and noticed that the color of dal was not yellow but greenish brown. “Which dal have you prepared? I eat only yellow color dal.” I replied.

“You can eat matiri (watermelon) vegetable.”

“I love to eat water melons but I do not like the vegetable made out of it.”

“Bitter gourd vegetable, I can prepare for you as they are ready to be fry after salting.”

“I hate it, it is too bitter.” I squeezed my nose to show my disapproval for it.

“ I will eat ghiya vegetable when I will grow old. It is the best vegetable for elderly people.”

“If you eat ghiya now, you will never grow old.” My brother who was a man of few words spoke while filling his spoon with dal.

I never argued with my brother because I knew I would never beat a genius.

My maternal grandmother offered me twelve more options, which I refused with one or the other excuse. When my mother came back after doing shopping from the market, my naniji complained her, “The nature of your two children is totally different. One has finished his meal without making any excuse and the other one is too fussy about food. I have asked her to eat so many things but she did not like to have anything.”

“She does this before having her every meal. She will not say that I want to eat this. But I have to keep jumping from one option to another till I reach what is in her mind.” My mother replied while putting down huge shopping bags from her shoulder. She took out two packets for each one of us. She gave first one to my brother who was an adventurous eater, “I brought a new dish, stuffed tomato pakoda for you. You will love it.” Even after finishing his meal he could eat a snack, after all he was a foodie.

And I brought fresh jamuns (Indian berries) for you.” She handed it to me. On opening it, I exclaimed, “Oh! I love that!”

While progressing on my spiritual journey, I found that my food habits were a big hindrance. It was hard to cope with them. I was too fussy what to eat and what not to eat. A thought that always worried me was that saints have control over their tongues and I should have control over my taste buds if I wish to be like them. Swami Sivananda says, “Control of tongue means control of all Indriyas.”

In early Sept, 2021 my mother asked me, “Should I prepare rajma chawal for you?”

I shook my head.

“Should I prepare dal roti for you?”

Again, I shook my head.

Once again, I shook my head.

At that time I was strictly on diet that includes fruits, salad, nuts, curd, milk, soup, sometimes roasted papad and rarely saute vegetables.